Or should that be frazzled.

Ok so that was the only title I could come up with as I sit here at Gibraltar Airport waiting the arrival of our Aircraft. 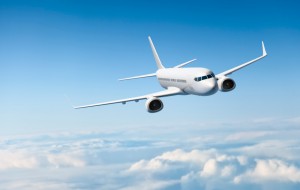 No, this time we are half an hour from supposedly getting on board to head back to the UK, in this broken down hell hole they call an Airport (new one being built as we speak, by the time its finished I’ll be dead!)

The one and only solitary X-ray machine has failed so the authorities with no contingency in evidence have resulted in a mass cry for assistance over the tanoy system for all service personnel to head toward the security area.

This is code for the damn X-ray machine has malfunctioned, broken down to you and me. The announcement says a “technical malfunction” and we need all hands to the deck to do a search of every piece of hand luggage, ruck sacks, sandwich bags, make up bags, nappy changing bags, persons, wheel chairs, push chairs, if it moves check it, you name it, it’s being searched. 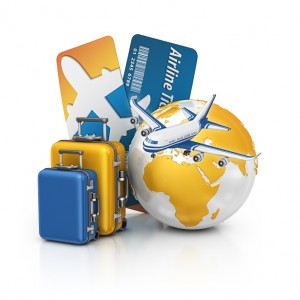 I am asking myself as I look up at the flight departure board why have 4 flights arrived and are set to leave all at 12:00 midday so how does that work then? New game, musical airplanes!

How are you going to get 4 flights off the ground at the same time, worrying don’t you think!

Now the announcer is shouting for all passengers to Liverpool to get to the front of the queue as the plane is ready to depart, the british public once again are at the brunt of bad communication of flight information.

The typical British holiday maker, you know the one, flip flops, shorts, crazy hats not one of them appear to a have any regard for their safety on aircraft, a quick exit requires good robust trainers or shoes not flip flops great if we happen to have an emergency landing on the sand somewhere!

They are hot and bothered, flustered and fed up they cant go any faster through security control as they are reliant on the security men and women who are checking and frisking them! By the way did I mention that there are only 4 security people in attendance to check and frisk what 600 potential passengers groovy!!

You daren’t shout at the security people to get a move on for fear of being further frisked in an exploratory way if you get my drift especially as they are now all wearing rubber gloves.

It’s the power they wield over you they sense you are tense and in a hurry yet they couldn’t go any slower if they tried, at the same time you are screaming inside get a flipping move on, there is another word I feel I could insert here but for those who abhor swearing ( it’s the other appropriate word) that justifies the way you are feeling and makes you feel better, of course you don’t shout it out you just scream it in your head!

Once on the plane, the flight attendants shout at you to hurry up whilst smiling, for you to find your seats and sit down as “we will miss our flight slot” as if it was your fault you single handedly caused the plane to be delayed.

Once on the plane why is it I get stuck with the proverbial passenger from hell, oh he looks alright until he flashes his beaming “I had my teeth whitened especially for my holiday so I can pick up a bird and get laid” and he’s wearing flip flops too with feet that look like they’ve been through a mincer then I then get the story of his holiday.

He shuts up as I try to feign minimal interest with a faint smile, and says is that an ipad, no it’s a toaster I feel like saying what the heck do you think it is.

In front of me I have a family of 6, no I mean 6 kids and 2 adults, they are the kids from hell, 2 teenagers both boys who have clearly OD’d on coke and mini cheddars mega super-sized pack who are shouting at each other whilst Mum is doing her best to calm her clan down.

How do you get time to have 6 kids, I barely have time to manage 2 let alone 4 of the smiling monsters. Then she turns to look at me smiles and it’s the smile between 2 women the one that says sorry and I know that you know how I feel!

In the midst of all the shenanigans his lordship my beloved whom I might add is sitting with our boys in the next aisle seat thinks it’s sooo funny he’s wetting himself with laughter as its always me that appears to draw the short straw.

I’ll have the last laugh because the proverbial next to me passenger has alluded to the fact that he doesn’t like flying so when we hit clear air turbulence over the channel I’ll be the one screaming WE’RE GOING DOWN BRACE, BRACE!,

Ode to the joy of travelling!

See you in the UK …. That’ll be next week then!

One thought on “Diary of a frazzled holiday traveller!”