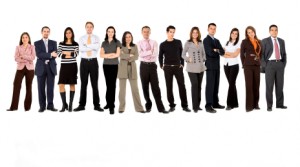 What makes a great team?

Great teamwork, resilience and hard work are some of the components needed to make a good team “Great”.

For those of you who follow F1 Motor Racing yesterday’s Brazilian GP was nothing short of tantalising.

If anyone says Formula 1 is boring then clearly they haven’t sat through a race like yesterday’s.

The last four races of the season have been nail biting and after the furore died down yesterday evening I reflected on the season.

For me it ranks up there with the 2008 season which went down to the last turn and Lewis Hamilton became the then youngest ever Formula 1 champion .

Trying to cast your mind over the last 3-4 years is difficult when you try to recall the outcomes of each successive season.

And so it is for businesses to.

Comparing last year’s financial statement with this year’s gives you an overview of where the business was and where it has arrived at today, facts are all that we have to compare one year’s performance to the next.

But does that really present the whole picture?

After yesterday’s GP I couldnt help but notice just how tuned in the guys and girls are at Red Bull. They are completely focussed on the tasks in hand and at the end of a gripping season Red Bull finished 1st in the constructors championship and Seb Vettel won his 3rd consecutive world championship not bad for a kid that’s 25 years old.

His success came as a result of a great team of people focussed on the task in hand – collaborating, sharing ideas, challenging old ones, re-inventing new ones you couldn’t help but feel the “love” ♥emanating from the Red Bull garage when it was all over the adrenalin slowly ebbed away followed by euphoria.

It was high octane emotion and relief as the stress of the season came to an end and you couldn’t help but feel touched by the whole moment.

And so it got me thinking what makes a team of people special, great almost.

What makes a great team?

Like you, I’ve managed teams and been managed by managers with weird personalities. Some I’ve loathed and others I’ve admired.

In fact, I can recall only one great Manager I had the privilege to work with and for and that was 20+ years ago when I began my life in transaction print and mailing services. His knowledge, expertise and the way he engaged with me and the team taught me everything I know today.

I would go so far as to say that many of the qualities I admired in his management skills I’ve honed and still use today.

The one essential ingredient that makes a great team is to have a great leader someone who understands the individuals that make up the team, inspires, provides meaningful support and engages with it’s members when it comes to problem solving, instils confidence and a “can-do win” attitude and Christian Horner, team principle at RBR is not short of any of that!

What components are needed to make a great team?

And that is why I believe Red Bull Racing are a great team and make a great model to follow for any success whether its business or Sport!

4 thoughts on “Great teamwork. What makes a good team great?”