The 1990’s saw the emergence of the digital print era and it was widely believed in print circles at least that the doomsday bell would toll for more traditional forms of print.

Jump forward 20+ years and print is alive and holding its own.

Before the cynics in my audience go ah yes but…

Print circulation of newspapers and magazines is down but there is good news.

More than 96% of newspapers are still read in paper format rather than on line. (City University London)

Digital print and paper can and do co-exist.

Readers of the printed newspaper “The Sun” collect codes from a newspaper that gives them on-going access to the Sun’s online, mobile and tablet content plus user benefits. The variable QR codes are printed inside the newspapers.

This is nothing new.

Retailers have been using variable personalisation and QR codes on printed leaflets, bus shelter advertising and even the underground advertising hoardings show variable QR codes encouraging audiences to move from one medium to the next.

In what is cross media marketing and what does it have to do with print I talked about the diversification of print and how used innovately in conjunction with a co-ordinated marketing campaign print can still hold its own within the digital on-line arena.

Most newspapers accept the fact that their printed readership circulations are on the decline.

It is a clever use of cross media marketing and if the audience doesn’t buy the printed version because the content isn’t right for them they have the option to view it on line.

Print/paper and digital work well together the difference is the ability to produce highly personalised and variable information targeting key audiences using paper and social media combined. Ink on paper will continue to remain a vital component in cross media marketing integrating print with smart devices.

Although print can be constrained by space, using an app that enables the reader to scan a page containing embedded digital watermarks lifts the consumer experience by giving them additional information about products

Print is long lasting and durable while the internet is very much a temporary medium often the messaging gets lost in cyber space.

Print is and does need to work harder to hold its audience if used in conjunction with a specifically targeted cross media campaign can be highly effective in delivering its message. 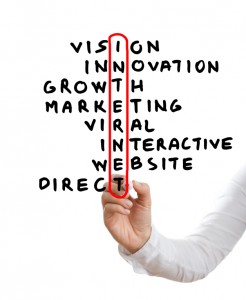 The new social media generation of 14 -15 year olds are referred to as the ‘on-line generation’ with an attention span of less than a minute so marketing messages have to be quick and subliminal to ensure the message is loud and clear.

Print on paper still has a place in the media sphere.

The media might have us believe that we want to be communicated via ipads, smart phones and tablet devices but many of us want to be talked to in different ways and through different channels.

Print and digital should not be seen in opposition to each other but rather in synchronisation with each other.

The print versus digital debate has continued unabated since the 1990’s and today the industry is still coming to terms with how to fully integrate digital, social media and print and social media channels effectively.

Ink on paper is and will continue to remain a vital part of the cross media mix making it effective is a case of how well the processes are integrated to make it affordable and accessible for the consumer.

(Based on an original article that first appeared in PrintWeek)

Is paper and print dead or can it work with its digital counterparts?

Sign up to receive our updates by dropping your email address in to the box so you get our latest news.