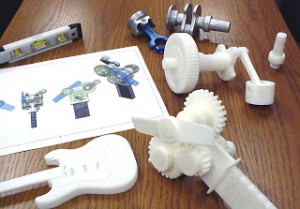 Will 3D printing change the world we live in?

If anyone was in any way uncertain of 3D printing, they probably aren’t now.

The world’s first gun made with 3D printer technology was made available on line and within hours its blueprints had been downloaded over 100,000 times. [Source: Forbes]

The controversy and security surrounding the production of the 3D gun made by a Texan based company I’m sure will be deliberated long in to the month of May.

But what many people don’t know is “what is 3D printing?”

What is 3D printing?

Additive manufacturing or 3D printing is a process of making a three-dimensional solid object of virtually any shape from a digital model. 3D printing is achieved using an additive process where successive layers of material are laid down until the entire object is complete. [Source: wikipedia]

Imagine a gateau cake, instead of the customary 3 layers, each layer would be laid down systematically one at a time until the gateau is formed and looks like a gateau. In a nutshell that is 3D printing.

How does it work?

The software program preps the digital file by slicing the design into hundreds or even thousands of horizontal layers and provides instructions in 3D printer language so that the printer can read the file to create each layer identically to the specification of the object required. As each layer is created they blend together with no visible layering creating a three dimensional object.

Many people have yet to hear or understand what 3D printing is and what it is capable of creating. Yet despite its seemingly newness to the world of media and print, the process associated with 3D printing has been around for decades.

Manufacturers have used the printers in the design process to create prototypes in traditional manufacturing.

3D started initially in the aerospace and automotive industry making prototypes and more recently its been coveted by surgeons for replacement bones. Some companies are using 3D printers for short run or custom manufacturing of bespoke objects.

Fast 3D printers costing thousands aren’t quite mainstream yet but with technological improvements it will get faster and become readily available as the price of 3D printers goes down.

The technology certainly has the capacity to affect industry and our personal lives.

Medicine is already making advances in bioprinters capable of reproducing human tissue for pharmaceutical testing its far reaching developments have already lead to entire organs and bones being reconstructed.

Research director at Gartner Pete Basiliere said” 3D printing is a technology accelerating to mainstream adoption. The hype leads many people to think the technology is some years away, when it is available now and affordable to most organisations. In three years a high quality 3D printer could got less than £1,500.00″. 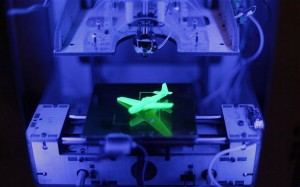 3D printing can create any object in 3D, from replacement body parts to a pair of shoes.

But who will want to own a 3D printer and what do you intend to make with it?

Is 3D printing likely to be available from high street copy shops and is that where the public will go if they need a new door knob or a washing machine part? Taking a downloaded file of the object that you require to be 3D printed and call in to your local copy shop to get the replacement part?

The implications for this technology are far reaching. More importantly what are the limitations to what can be made using 3D technology? After all if a company can manufacture a blueprint design for a gun could the next thing be a WMD (weapon of mass destruction)?

Its likely to be a good ten maybe even twenty years before we see home ownership of 3D printers on a mass scale.

Even if you make your own replacement gizmo you still need the means to fit the part. Take a ball cock if you’re not a plumber you might find it difficult to fit it without the expertise of a plumber.

And I dont see myself anytime soon becoming a purveyor of objects and figurines for my home. 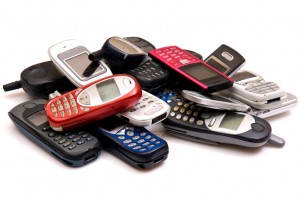 Old mobile phones. But look how technology has moved on in just 5 years.

It is undoubtedly a technology capable of creating useful objects but the technology has future ramifications that are likely to be far reaching and as yet unknown with potential effects on the environment, waste and energy use.

Like any new technology if there is consumer need then this will drive it’s momentum and its use.

The introduction and mainstream use of such a technology when the consumer is ready for it will change the world as we know it and then we will wonder how we ever managed with out it in our lives. 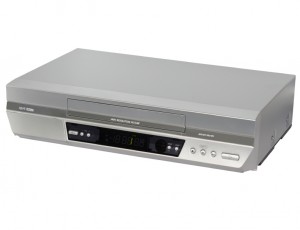 As did the mobile phone and the VCR!

What do you think? A technology that society will benefit from or another fad?